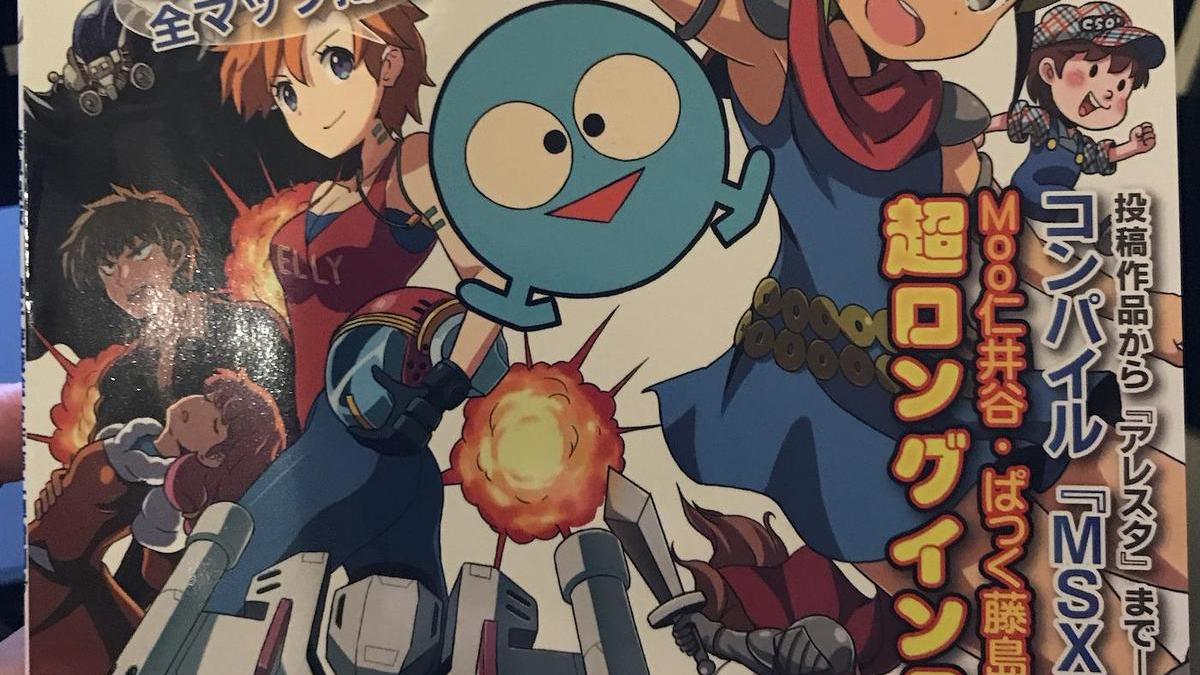 BEEP is a popular retro computer store in Japan, with branches in Saitama and Tokyo (Akihabara). They release a quarterly paper magazine called EXTRA mag, that they sell in their online shop. 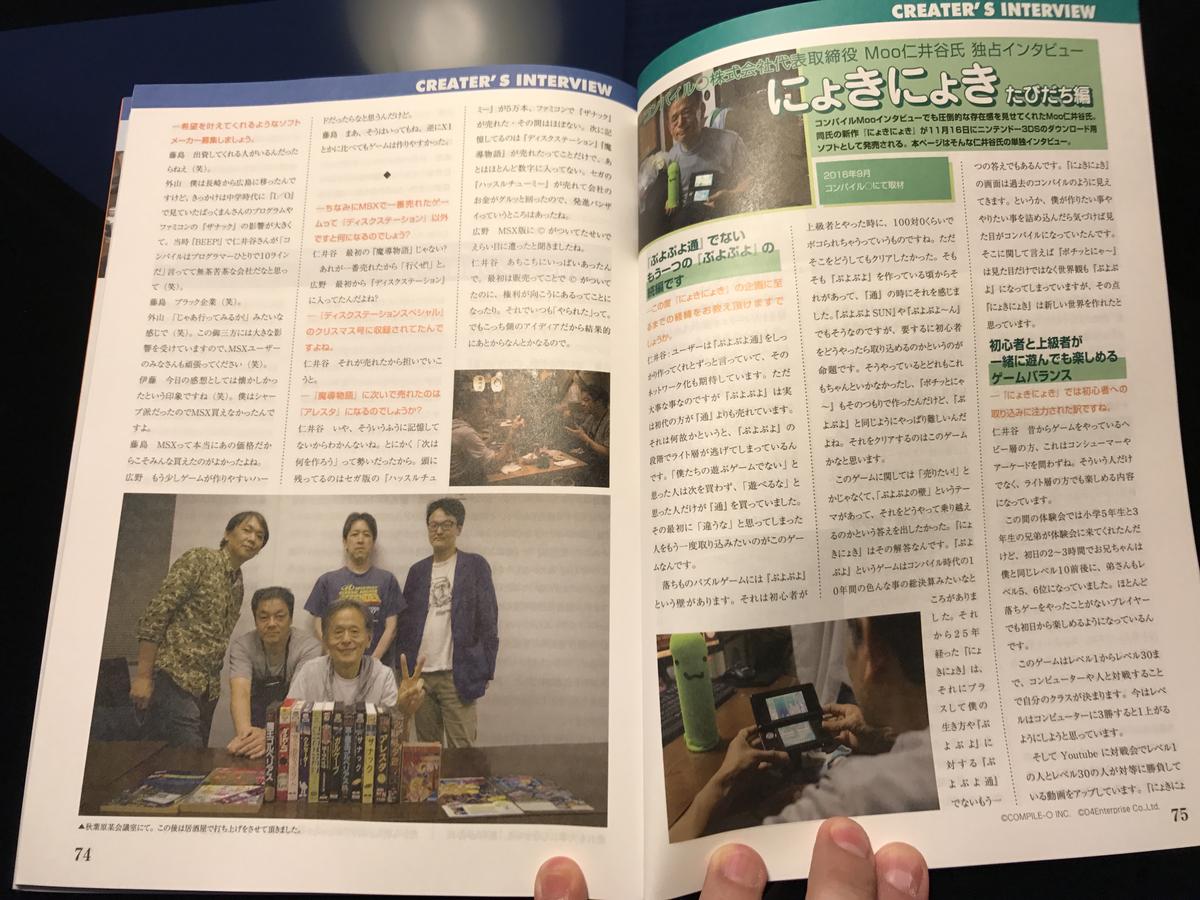 Pages 2 to 35 contain interviews to Mr. Fujishima, Mr. Hirono, Mr. Sotoyama, and Mr. Ito. They comment on what they did while working at Compile and what memories they have from their pre-Compile days developing amateur games such as Crazy Climber, Donkey Climber, Dan Game and others (all for the Sharp MZ series) or Monster Panic (for the NEC PC-8001). They they talk about their Compile games: E.I., C-SO!, Final Justice, Thexder, Guardic, Aleste, and many others.

Pages 36 to 61 are reviews of many of these games, with screenshots, explanations, and even full game maps (such as Golvellius').

Pages 62 to 77 contain the main interview to Mr. Niitani: how Compile was founded, how it worked developing for other companies, and what are the current projects (the final 3 pages are dedicated to Mr. Niitani's latest game for the Nintendo 3DS: Nyoki-Nyoki).

Finally, pages 78 to 81 are a separate interview to Mr. Horii and his plans for the Aleste franchise.

It's a long and interesting read, but only available in Japanese.

The price is 1,080 yen + shipping. At this moment we don't know whether it's available for purchase outside of Japan. If you are interested in buying this magazine then let us know and we will find out possible ways. 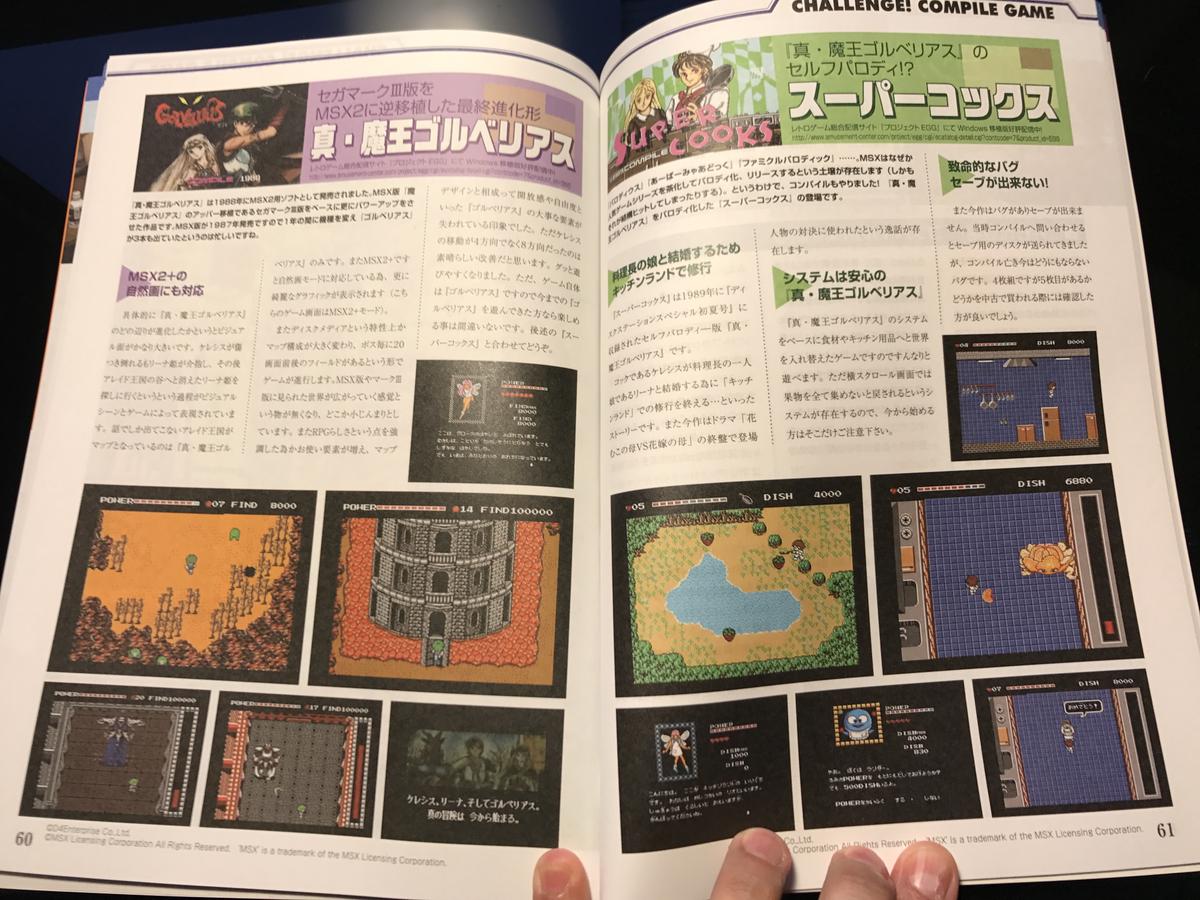 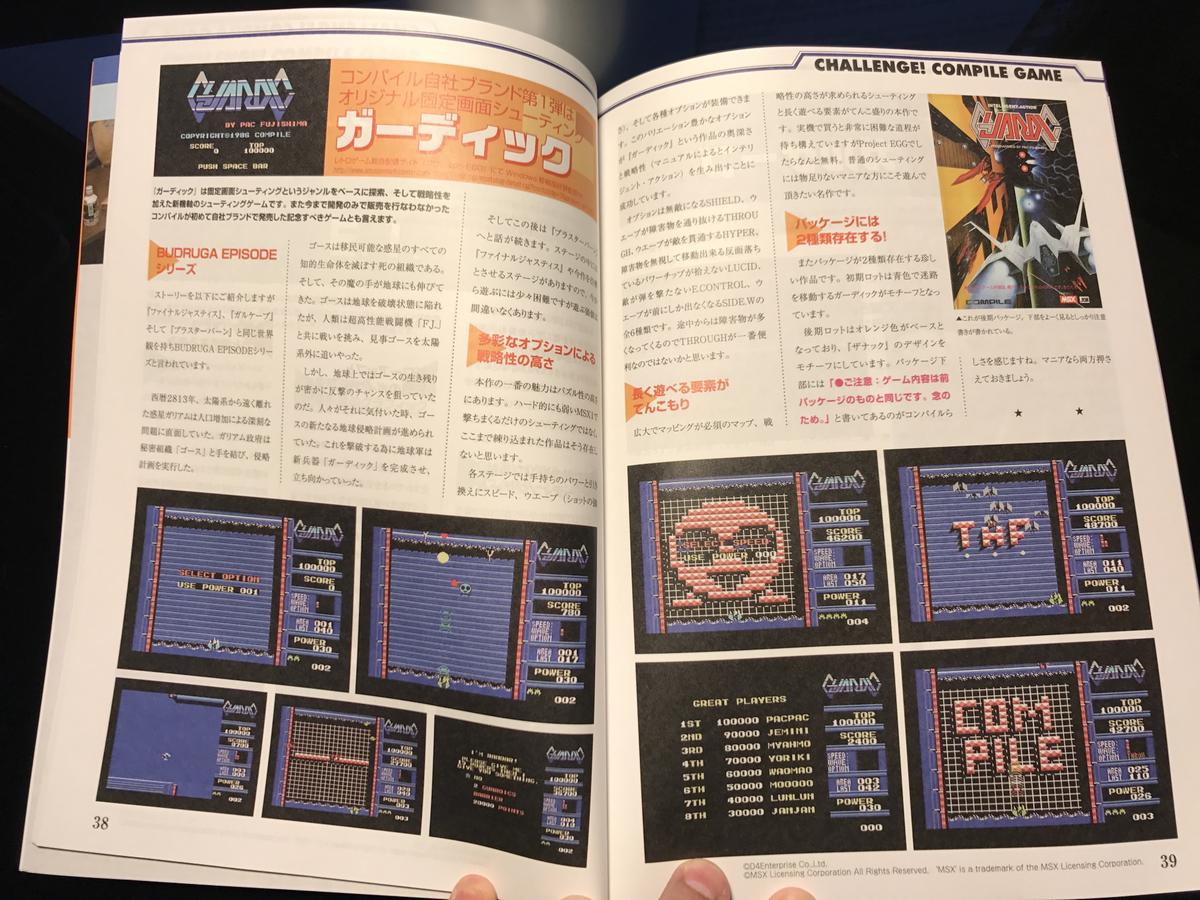 EXTRA mag. special issue at the BEEP online store
EXTRA mag. is a quarterly magazine about retro computers published by the popular BEEP shop. This is a special issue dedicated to interviewing the original Compile team.
COMPILE〇 ("Compile-Maru")
New Japanese game company founded by Moo Niitani, president of Compile. Released Nyoki-Nyoki for Nintendo DS in 2016.
TinyBEEP
BEEP is a popular retro shop with branches in Saitama and Akihabara. This is their online store.
BEEP Akihabara
Retro shop in Akihabara with large amounts of products (both hardware and software)
M2 Co., Ltd.
Japanese developer of retro games for current platforms
株式会社チアソル (Cheersol Inc.)
Japanese publisher known for its books and magazines about retro computers

I can order one for you if you want. The price is 1,080 yen for the magazine + 380 yen shipping inside Japan + whatever it costs to ship to Holland.

Could it be possible to send it to Spain?

Sure, no problem at all. A few people have asked for it already, so in order to save on shipping costs I'll order them in one batch during the weekend.

Before I place the orders I will post the final total price with shipping included.

Sure, no problem at all. A few people have asked for it already, so in order to save on shipping costs I'll order them in one batch during the weekend.

Before I place the orders I will post the final total price with shipping included.

I live in Italy. Please, let me know

Sure, I'm adding you to the list. I'll post the cost of the magazine + shipping here during the next couple of days.

I'm interested too! Where can I provide the details?

...and congrats on your new site, it looks really nice :)

Perfect, added you to the list. I'll send you a private email once I know the shipping cost (shouldn't be more than $3-5).

I'm interested too, if not too late (it's still Sunday in France ;)). Congratulations for your new site!

You're not too late. I'm going to place the orders now. No problem at all about the two extra numbers.

Ok! I'm placing your order too.

Please confirm ASAP that this is ok.

PS: OMG, I accidentally hit the "down arrow" on your post saying you placed the order for me !! (I was playing with the interface and looking for a "Quote" option...), and it does not look like I can revert that.

No worries, I've removed the vote manually from the database. I'll add a way to undo votes at some point.

Thanks for confirming! I'll place the orders now.

Orders placed. They should arrive in 2-3 days. By Thursday or Friday I'll start mailing everybody with the final price and will start shipping them during the weekend.

I've received the magazines and I'm ready to ship them.

Just to confirm, this is what I'm going to be shipping:

I'm going to send you all payment requests via PayPal. Note that this time I'm not adding any markup/commission to the price because this was an improvised thing. When you pay please be sure to enter your address so I can ship the magazines there.

If you have any questions just mail me at javi.lavandeira@msx-center.com.

Perfect for me! Just paid!

Thanks Gianluca! I confirm: payment received. I'll ship the magazine this weekend.

Germán: payment received. I'll ship it this weekend together with the others.

Payment sent, thanks a lot Javi!

Looks good to me, please sent me a Paypal invoice.

Thanks for your patience! :-)

And update again: all magazines shipped. :-)

Nice magazine! Unfortunately I've no idea of japanesse, so I should be losing a lot of info :-(

The magazine arrived last Saturday already and you packaged it very carefully too :)

Same for me, received in perfect condition on Saturday in a great packaging. Thanks Javi!

Glad to hear they have started arriving. :-)

The magazine arrived on Monday. Thank you very much!

Sorry for my reply delay, but i was in holidays ^_^

Sorry for my reply delay, but i was in holidays ^_^

I just got back from holidays, and got my three issues. Thanks!

I am a dedicated MSX fan since 1985 and I have just read about this magazine. Is there any chance someone wants to sell his Compile magazine to me? I assume that they are not sold anymore through regular channels. I have some experience buying from Japanese websites, but cannot find it there.